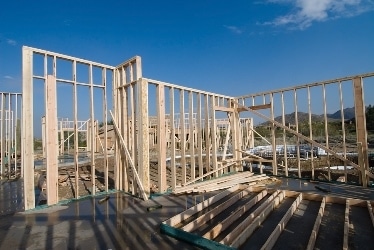 According to several reports from the National Association of Home Builders (NAHB), 2014, which had been a positive year month-to-month, lost some ground in the final months. Although it’s not all bad, it does stand to show that not every month, despite the increasingly positive outlook on the housing market, will be positive.

The Housing Production and New Home Sales for November each fell 1.6 percent while the Builder Confidence for December fell one point. These numbers are a bit peculiar, especially since, according to Houston Divisions Sales Manager for Design Tech Homes, Lowell Pinnock, the year-end housing market is always productive since consumers are preparing to make a change in their living situation at the offset of the new year. Despite these negative reports for the final months of 2014, however, the year as a whole tells a rather different story.

Michael Anderson, Central Texas Division Sales Manager for Design Tech Homes, said he does not consider these drops in points as a potential downturn in the housing economy.

“What we saw was an adjustment due to existing home inventory and possible uncertainty over interest rates going forward,” he said. “Developers, builders and material providers are all investing heavily for 2015.”

For Housing Production, the three-month moving averages for total and single-family production, according to NAHB, were at their highest levels since the Great Recession. Regarding New Home Sales, the inventory of new homes for sale rose to 213,000 for November, which is nearly a six month supply at the current sales pace. Although the Builder Confidence fell one point in December, it had increased by four points in November, leaving it at 57. Any level of 50 or more points indicates that more builders view the homebuilding market conditions as “good” than “poor.”

“There will always be a market for quality, stable and experienced builders willing to build in the rural areas where a significant segment of the homebuyers desire to live,” Anderson said.

He added that home building in the Central Texas area is still strong with property sales increasing, along with the pace of development, and that interest rates are still very low. He said that real estate confidence is very strong.

“Consumers believe that they will see a strong return on investment if they buy now,” Anderson said. “Central Texas never really saw the meteoric rise in property values that the rest of the nation did; so in turn, it never saw the rapid decent either. Central Texas demand for housing has been strong and steady.”

Pinnock agreed that 2015 looks strong from a housing perspective and that it might be one of the best years since the 2008 downturn.

“Many consumers will want to buy now because of expected rising interest rates,” he said. “Economists are expecting a rate rise in earnest, citing again, an improving domestic economy and the lack of stimulus from the Federal Reserves.”